In December 2021, League City Navy Veteran Stephen Hunten and his family were gifted a brand new roof as part of Owens Corning’s Roof Deployment Project. This is a nationwide initiative in which, since 2016, military service members have been able to receive brand new roofs for free as a way to show gratitude for their service.

As one of Owens Corning’s Platinum Preferred Contractors, Amstill Roofing conducted an inspection on Hunten’s roof. Our experts found that many shingles had torn off due to extensive wind damage. Upon continued inspection, it was discovered that flashing–a critical component that prevents water from entering the home through the roof–had been lifting. Although the roof damage was severe, our team collaborated with Habitat For Humanity to expertly and flawlessly install a brand new roofing system that would keep him and his family safe throughout the remainder of winter and beyond.

We Are Proud to Make a Difference 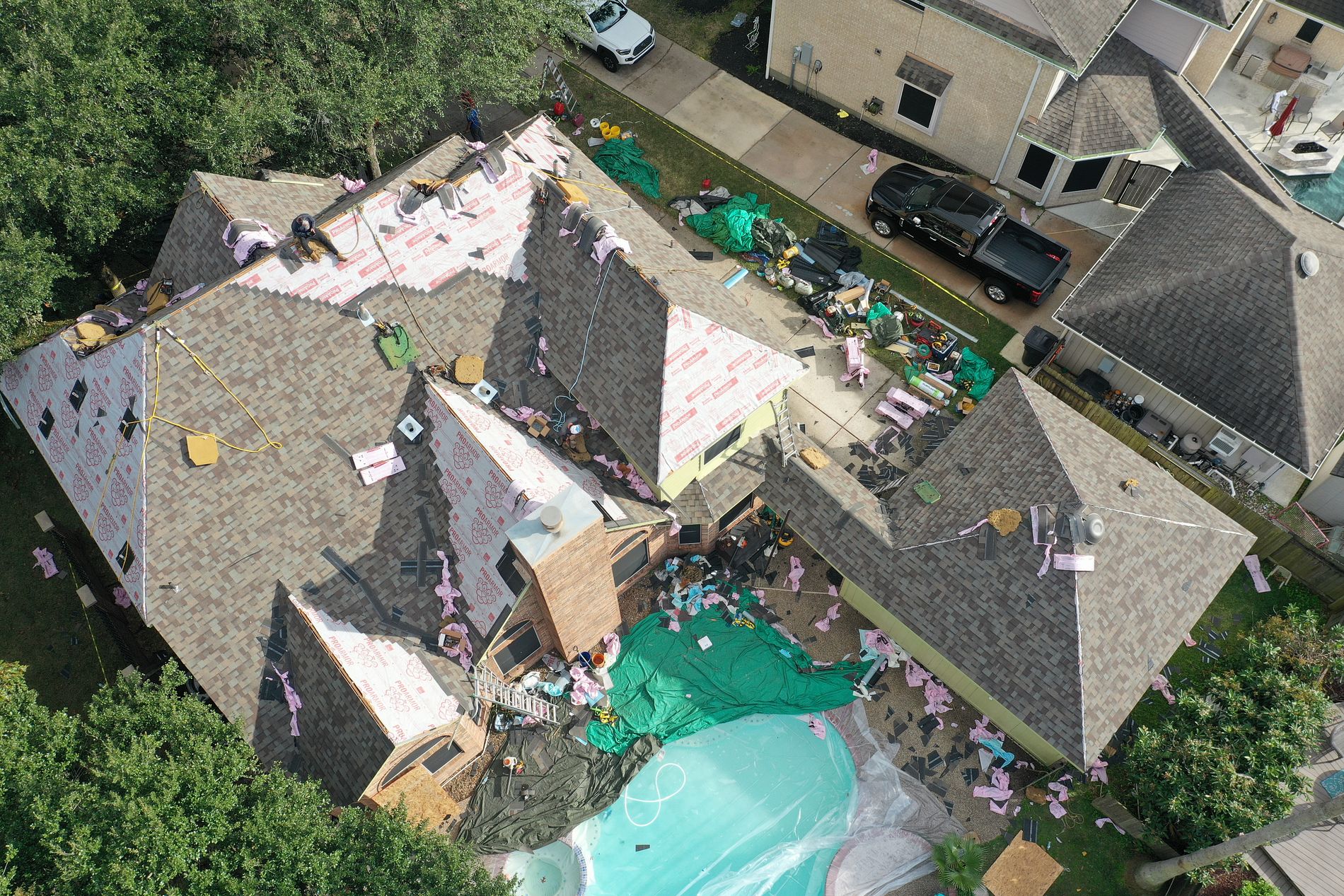 A roof replacement can certainly make a difference in someone’s life, and we take great pride in being a part of Owens Corning’s Roof Deployment Project.

Our founder, Frank Stilley, spent 28 years with the Harris County Sheriff’s office and retired from the police force as Captain–a role he upheld with honor. He has built our company up by instilling integrity, discipline, strength, and honor in the entire Amstill Roofing crew–values we share with our veterans.

We are honored to have made an impact on Stephen’s life and his family’s. It’s truly a blessing for us at Amstill Roofing to have the ability to restore a veteran’s safety with a reliable roof!

We look forward to serving you!

Our support available to help you 24 hours a day, seven days a week.

Find out if your roof is recently damaged by the storm.

Or fill out our form to have one of our Amstill Warriors promptly contact you.